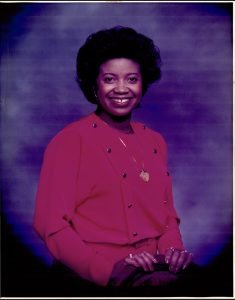 Doretha was a scholar at Kashmere Senior High School, graduating with the class of 1975, where out of six siblings, she was well known as the fighter in the family. She later engaged in 3 years of marriage with Timothy Anderson.

She attended Power House Church of God In Christ, under the leadership of the late Superintendent Robert J. Anderson and the Bishop Johnny A. Tates. In her later years, she then became a member of the Robert J. Anderson church choir, where she was named “the mother of the choir” until her health began to fail.

Doretha was an avid lover of sports and believed in protecting her family. She retired from the City of Houston as a data entry clerk; as she was such a “go getter”, retirement could not stop her from working. She then became an animal control officer and later a crossing guard for Highland Heights Elementary School; an occupation she truly enjoyed.