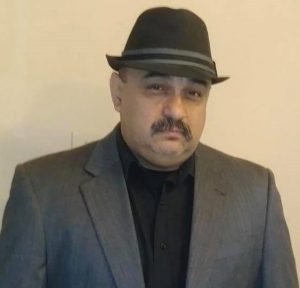 Jesus Castruita Medina, 54 of Houston, Texas passed away after a brief illness on September 23, 2021.  He was born on May 25, 1967, in Valle Hermoso, Tamaulipas, Mexico and was the eldest child of Yolanda and Jesus Medina. He married Ingrid Rocio Solórzano on April 3, 1986, in Houston, Texas. Those who worked with him knew him as “Jesse” and he was known as “Chuy” by his loved ones.

He had a long career as a Security Patrol officer. In his spare time, he was an avid collector and enjoyed searching for treasures, anything super ultra-rare, and playing his tanks video game. He also cherished spending time with his grandchildren.

The Medina family would like to send out a warm Thank You to all of those who showed your love and support throughout this difficult time with your donations, prayers, and comforting words. God Bless you.