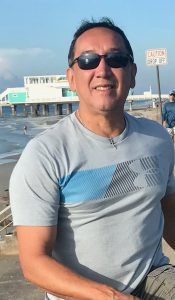 Robert J. Torrez was born January 14th, 1962 in Houston, Texas. He began his career as a Licensed Barber in 1980 and worked at the same salon “Hair Today” for 20 + years. He later made a career change working in the housing industry as a new home construction manager for “Devin Street Homes” for the last 10 years and was also recently working towards his Texas state certification as a Certified home inspector.

Bobby always enjoyed life to the fullest. He worked hard and played harder while consistently spending time with family. Whether he was going to the beach, traveling the globe or hanging out with friends and family, he loved life. He was affectionately known as Papa Beeg to six beautiful grandchildren and dad to three- Paul, Alise and Will.