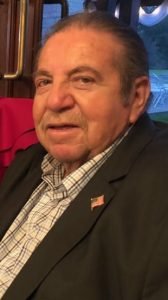 Robert Milton Orozco
Entered into Eternal Rest on October 2, 2021.
Born in San Antonio, Texas August 23,1947.
Robert proudly served his Country in Vietnam with the United States Air Force. Afterward, he settled in Houston marrying and making the Houston Heights his home.
Along his journey some of his greatest pleasures were fishing, Houston Astro’s Baseball, Houston Texans Football, and his Beloved Tejano Music (He was past Owner of Rumor’s Tejano Nightclub.)
Robert often could be found fishing or shouting “San Antonio!” as he passed Downtown Houston- jokingly implying that the Houston Skyline resembled and reminded him of San Antonio (which always startled everyone in the car with him).
You are loved Robert and your presence will be missed and your memory will be treasured.