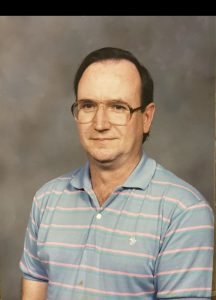 After graduating from Ross Sterling High School . Tommy started working for Harris County Precint 2 in Highlands Texas in 1972 on the roads maintenance crew . Over the years he worked his way up to Supervisor and after 28 years with the county. Thomas R.Henderson retired on December 2000.

Thomas R. Henderson was a HUGE sports fan , he grew up playing baseball and other sports any chance he got . Tommy ran track in high school , bowled in Leagues , rode bikes all over Highlands where he grew up and raised his son Jason .he coached little league . He loved the Houston Astros ,and Houston Rockets .Texans and Cowboys and made every effort to not miss a game on tv. He also watched Tennis , Golf & Fishing and many other sports .
Services will be held at J. Leal Funeral Home in South Houston